Services in the Marina

Services  near the Marina

Rab Island owes its name to the Illyrians, who lived on the eastern shore of the Adriatic, and who were conquered by Romans. The Illyrians called the island Arbe, which means dark, murky. It was named after the thick dark green forests of the Mediterranean evergreen oak that covered it in ancient times. Supetarska Draga on Rab is the name of both the village. It is one of the oldest settlements on the island of Rab.It is well known for its pure sandy beaches protected from wind, which makes it attractive to boaters, especially sailing families with small children. Supetarska Draga is surrounded with numerous uninhabited islets with natural beaches ideal for robinson tourism. This is a true tourist paradise. And tourists are not the only ones who enjoy beaches and bays of Supetarska Draga. As photo enthusiasts are already aware of, many kinds of birds have settled in this natural peace of heaven. Thanks to long maritime tradition, Supetarska Draga is a favorite boaters’ destination. The beauty of the island’s oldest bendictian abbey attracts tourists and believers the same. If you visit Supetarska Draga during the summer, it is very likely that you will have an opportunity to visit some gastro, sport or cultural entertainment happening.

When approaching from the north or west two landmarks can be used for orientation, Cape Sorinj with a Fl W 3s 10m 6M  lighthouse and Cape Kalifront with a Fl (3) W 10s 11m 8M lighthouse. The exact position of the Cape Sorinj lighthouse is 44°50.7’ N 14°41.0’ E. Maman Islet, whose coast is shallow, lies between Kamporska Draga and Supetarska
Draga bays. ACI’s marina lies at the end of Supetarska Draga bay. The marina’s breakwater is around 200m long and its head is marked by a red lighthouse (Fl R 5s 7m 4M). When approaching from the south, take the course along Cape Kanitalj and on towards Cape Kalifront. At night it is best to sail from Kalifront in the direction of Cape Sorinj until the marina’s red lighthouse is sighted. 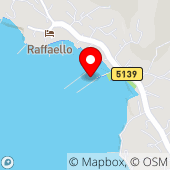 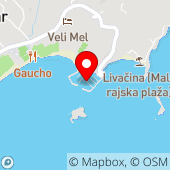 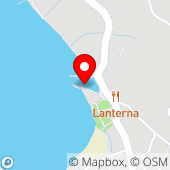 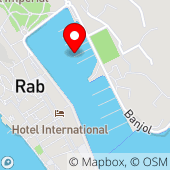 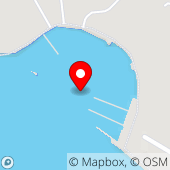