The town of Jezera is situated in its namesake bay on the southeastern coast of the island of Murter. Approach is possible from either side of the island of Školjić. Sea depth is 7m off the northern coast of the island, and about 15 m off the southern coast. On approaching, a red lighthouse (Fl R 5s 7m 4M) on the head of ACI Marina Jezera’s breakwater serves as a landmark. As the marina itself is situated deep inside the Bay of Murter, the lighthouse on the island of Maslinjak (Fl G 3s 17m 3M) can also be used for orientation. The exact position of the lighthouse is 43°46.1’ N 15°41.0’ E. Between Maslinjak and Školjić lies the island of Hrbošnjak, which can be rounded from all sides. However, we recommend rounding it from the east, as the channel between Hrbošnjak and Murter is shallow. On entering the marina watch out for the numerous fishing boats. 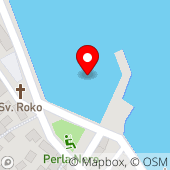 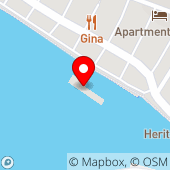 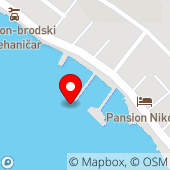 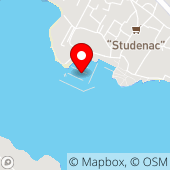