ACI Marina Skradin is one of the most beautiful ACI marinas. Situated in central Adriatic, at the mouth of the river Krka, it is open all year round and is a special favourite with owners of wooden boats who like to overwinter here due to the site’s rare combination of salt and fresh water. The marina and the miniature town of Skradin make up a single, harmonious unit. Skradin has an exceptionally rich past and it can boast of having had the status of town for over 23 centuries. The pleasant atmosphere and a vast array of facilities and services are the main reasons why many boaters come here, looking forward to admiring the sunset whilst savouring the exceptional food and top-quality Dalmatian wines.

…that out of the seven waterfalls in Krka National Park the Roški waterfall is the widest, and Skradinski buk the largest and most famous. Roški is surrounded by tall canyon cliffs covered in dense vegetation, and its beauty is only surpassed by that of Skradinski buk, flowing over seventeen terraces stretching for more than 800 metres.

…that the water in nearby Lake Prokljan is absolutely pure and that it is an inexhaustible source of shrimp for the local fishermen. Skradin foodies use the shrimp and the cuttlefish which is also caught there in the famous black risotto, but they are just as tasty when fried – in local olive oil, of course.

…that the surroundings of Skradin conceal countless gems that are all but inaccessible to car drivers swooshing past. Three cycling paths lead to the most famous sights: the first brings you to a remarkable combination of history and nature that is Bribirska glavica, the second takes you to the magnificent cascades of the Skradinski buk waterfall, and the third leads to the gentle coves of Lake Prokljan.

– mega yachts up to 70 m in length can be accommodated

Skradin has good transport connections via a network of roads and the trans-Croatia highway (4 km to the highway connection). Two international airports – Zadar and Split – are very close.

Note: It is recommended to use the official navigational charts published by HHI Split: 100-21 and Plan 518. 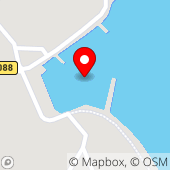 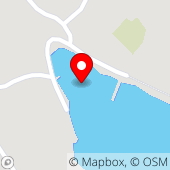 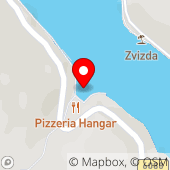 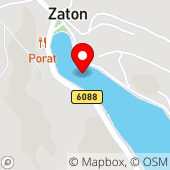